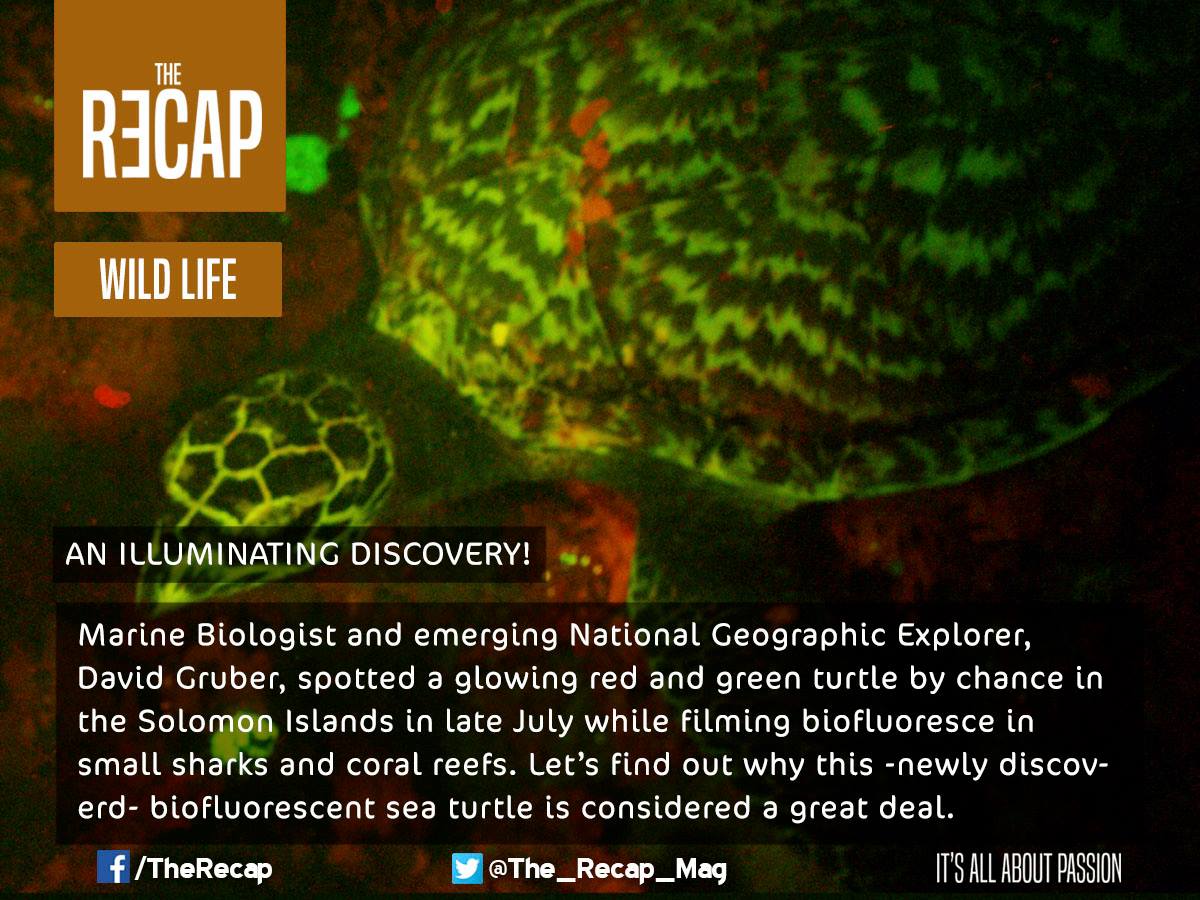 For an organism to biofluoresce, it must be illuminated by an external source of light, then transforms it, and reemits it as a different coloured light.

this happens due to the presence of specialized fluorescent molecules in the animal’s skin are stimulated by high-energy light such as blue light, they lose a fragment of the light energy and release the rest at a lower-energy wavelength such as green, seen in the turtle.
Another phenomenon is “Bio-luminescence”, where the light-producing reaction is a chemical one that takes place inside of an organism, requiring no external source of light.
this can be seen in the anglerfish, and fireflies.

What’s the catch? the medical applications of bioluminescent or biofluorescent mechanisms:
These specialized molecules are proving incredibly successful at illuminating previously invisible biological processes down to the cellular and molecular levels. For instance, recently developed green luminescent proteins derived from sea pansies and a red-emitting protein from a luminous click beetle are being used in cutting-edge cancer research. And applications of biofluorescent proteins from corals and jellyfish are now allowing neuroscientists to visualize the firing of single neurons in living brains.